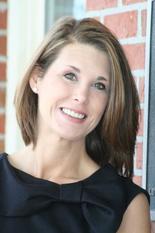 The City Clerk’s Office serves as the “hub” of municipal government and acts as an administrative liaison for all official actions between the City Council and Mayor, as provided by State law and City code. A City Clerk is the designated record keeper for the City and is responsible for maintaining all public documents - both current and archived. The City Clerk also:

The City of Chelsea’s City Clerk is Crystal Gibson Etheredge.  Crystal and her family are excited to call Chelsea home. She and her husband have four children: Matelyn, Cooper, Hampton, and Madeline and they enjoy being involved in ALL THINGS CHELSEA!.

Growing up in a military family, Crystal had the opportunity to live in multiple states and several European countries. This allowed her to become accustomed to change and adapt quickly to her surroundings. Crystal graduated from Jacksonville State University with a Master’s degree in Public Administration with a concentration in Business.  She has served in city government for over 15 years and is a 2020 graduate of the Leadership Shelby County program.